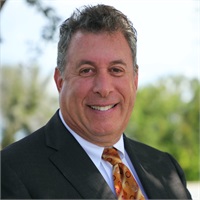 Alan began his career as a Financial Advisor in the year 2000 with American Express.  During his three year career at American Express, Alan’s financial planning strategies earned him the prestigious “Presidents Award for Strategic Planning.”*  Alan excelled at stock and bond analysis, relationship and estate planning and is an established LPL Financial Advisor within his community.

Alan is now the owner of his own financial consulting practice called Sage Financial Management, LLC.

Prior to becoming a Financial Advisor, Alan studied Economics at Brooklyn College at the City University of New York earning a B.A with honors in that discipline.

Alan is the published author of numerous articles as well as his book entitled, ‘Divorcing the System.’  His efforts in helping to reform alimony law have been written about by USA Today, the NY Times, the Wall Street Journal, the Sun Sentinel, Florida Today, the Lakeland Ledger, and many other local publications.  He has also appeared nationally on the Anderson Cooper show in NYC, Fox TV, and on many State and local news programs.  Alan is knowledgeable regarding the laws surrounding alimony, and on the alimony reform movement in Florida, and has been invited to speak on alimony reform before State legislators as well as Governor Rick Scott.

*The selection criteria was based on an internal subjective review by Executives of the Financial
Planning division of American Express Financial Advisors. The criteria for earning this award
was based on providing clear, objective, and thorough advice for individual financial planning
objectives and goals.